St Peter’s Hospice gets creative with a treasure trail “I was genuinely impressed with the Good Thyngs platform though and what it allowed us to do. Every idea was met with enthusiasm, and the team helped us bring my vision to fruition.”

The all-in-one Good Thyngs platform was the perfect tool for Esther to engage audiences and bring attention to the charity. Not stopping at a single activity, St Peter’s Hospice built a full interconnecting set of experiences.

St Peter’s designed different stops to have variations of themed selfies, pirate jokes, facts about the charity, and prizes.

There were four possible routes that participants could take in order to complete the trail. Each route had ten collectible virtual stickers to find.

“I am particularly proud of the informational GIFs which feed viewers short interesting facts about the history of the Hospice or Bristol,” said Esther. “They look really good and provide personal insight into who we are as a charity.”

Coming to a St Peter’s charity shop in Bristol, a treasure-seeking buccaneer would have encountered this poster in the window: 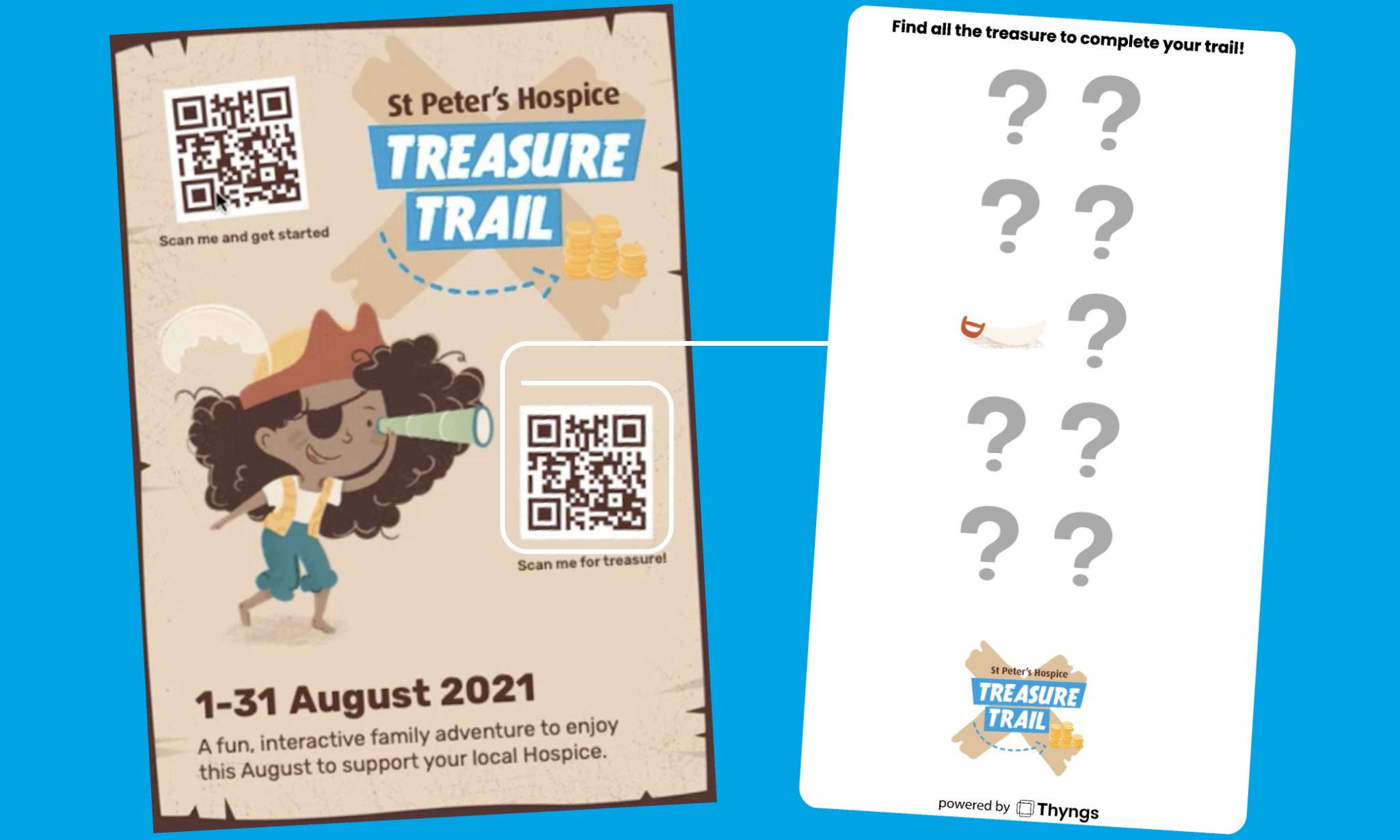 Each charity shop had a unique QR code, which linked to different smartphone experiences when scanned and allowed the charity to see which locations got interactions.

For instance, at the Yate charity shop, the QR led to this:

And at the Bradley Stoke charity shop, the QR led to this:

Plans for the future

Following the successful campaign build, the hospice is looking positively into the future. Initially they plan on reusing assets from the treasure trail to fundraise for schools and youth clubs.

“There’s so much potential with the platform,” concludes Esther. “I’d love to see more charities think more creatively about how to use it, as it feels like the possibilities are endless.”

Levelling up your 2021 fundraising events is quick and easy to do with Good Thyngs. If you want to see just how easy it is to get started book a free demo.